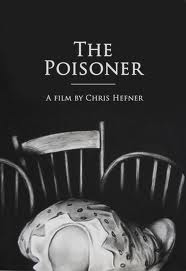 Chicago filmmaker Chris Hefner recently sat down with me and talked about his new movie The Poisoner, which will debut soon at The Portage Theater (you can help him screen the film sooner by visiting his website and buying a deluxe screening ticket).

Chris is a wonderfully talented director, whose first feature The Pink Hotel had a successful debut at The Music Box Theatre. Our talk discussed everything from his filmmaking approach and his start behind the camera to current methods of radically independent film production and distribution. If you have any interest at all in making films on the cheap but have them not looking that way, you really should give a listen.

This episode hosted by Legendary Lew. Produced and directed by Lew Ojeda. The closing theme is “Ghostsong” by Daniel Knox.

Chicago’s own excellent talent Chris Hefner presents his first feature, The Pink Hotel, available now on Vimeo. If you haven’t seen it, give it a watch, as you will not see films like this one very often. If you live in Chicago, know that there are many incredible artists like Chris trying to work independently and share their great visions.

Chris will be the special guest interview on “Mediatrocities” coming up later this month. Look for it. For now, you can help him out by heading to his Etsy store and buying a ticket for the debut of his new feature The Poisoner at The Portage Theater. Support your local indie artists!

Chicago’s own Chris Hefner is just about set to release his second feature-length film, The Poisoner.  Filmed in black and white, this strange tale tells of the marriage between a man and a woman forming a eerie contract. He convinces her to wed him with the intent of slowly poisoning him to death. Though the contract is agreed to, the marriage  doesn’t go as planned.

The multi-talented Hefner has had gallery showings at Finch, Heaven and MCA. He’s also collaborated with director Guy Maddin for the “Hauntings” short film series. Watch The Poisoner trailer or the feature The Pink Hotel, and you’ll definitely see the influence. He also plays a mean musical saw.

Head on over to his website for a selection of good stuff and learn how you can help him distribute The Poisoner.